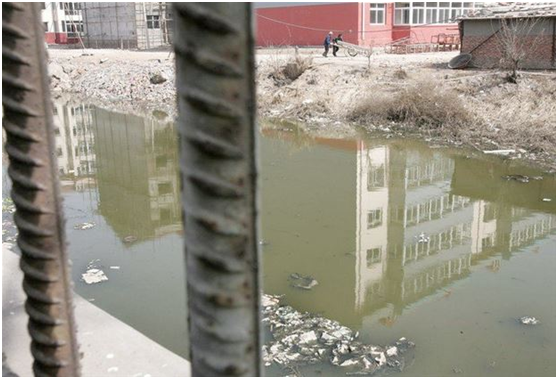 China's environment ministry has acknowledged the existence of "cancer villages", after years of assertions by academics and domestic media that polluted areas experience higher rates of the disease.

The use of the term in an official report, thought to be unprecedented, comes as authorities face growing discontent over industrial waste, hazardous smog and other environmental and health consequences of years of rapid growth.

"Poisonous and harmful chemical materials have brought about many water and atmosphere emergencies... certain places are even seeing 'cancer villages'," said a five-year plan that was highlighted this week.

The report did not elaborate on the phenomenon, which has no technical definition but gained prominence in domestic and foreign media after a Chinese journalist posted a map in 2009 pinpointing dozens of such "cancer villages".

The ministry acknowledged that in general China uses "poisonous and harmful chemical products" that are banned in developed countries and "pose long-term or potential harm to human health and the ecology".

Environmental lawyer Wang Canfa, who runs an aid centre in Beijing for victims of pollution, said Friday it was the first time the "cancer village" phrase had appeared in a ministry document.

A ministry official who declined to be named could not confirm whether it was the first time it had used the phrase, but said it had previously acknowledged the connection between the environment and human health.

Media reports about "cancer villages" emerged as early as 1998. Official sources such as government websites and television stations have altogether reported 241 such locations, a US-based geography professor said in a 2010 study.

The total reached 459 if accounts from "unofficial" sites such as online portals were included, University of Central Missouri academic Lee Liu said in the US-based journal Environment.

The villages tended to be near major rivers, where people have congregated for generations but which also tended to attract industrial parks seeking easy access to water.

"Water contamination from industrial pollution is believed to be the main cause of cancer villages," Liu wrote.

Cancer incidence has shot up 80 percent over the past three decades -- a period of breakneck economic growth -- to become the country's most common cause of death, the China Daily cited the health minister as saying in 2010.

Frustration over industrial pollution has sparked several huge protests over the past year and forced officials to promise to shut plants.

Several days of thick smog that covered swathes of the country last month prompted a public outcry as well as rare criticism from state-run media and top government officials.

The air pollution prompted a rise in hospital visits and forced flights to be cancelled as visibility dropped to as low as 100 metres.