Top 10 HERBS AND SPICES FOR STRENGTHENING THE IMMUNE SYSTEM 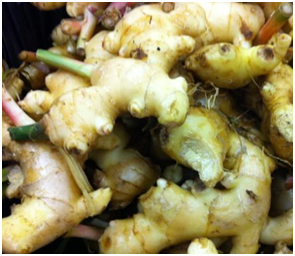 The following are foods and spices that boost the body's immune system.

1. Echinacea - Echinacea is a popular herb that has been identified to boost immunity. Combined with goldenseal, another herb, or enjoyed alone as tea, this member of the daisy family has been found to prevent and treat upper respiratory tract infections as well as the common cold.

2. Ginseng - This herb has many varieties. The most commonly studied variety is Panax ginseng, also known as Korean ginseng. Its main active component, ginsenosides, has been proven to have anti-inflammatory and anti-cancer properties. Clinical research studies have demonstrated that it may improve immune and psychological functions as well as conditions related to diabetes.

3. Garlic - This spice has had a long history of medicinal value. In a recent study conducted by Dr. Ellen Tattelman, an assistant professor at the Albert Einstein College of Medicine of Yeshiva University, New York, it was reconfirmed that garlic indeed has cardiovascular, anti-microbial and antineoplastic properties. It's also a perfect spice to use when doing sauteed dishes.

4. Bell peppers - This pepper variety does not contain capsaicin, unlike its other feisty cousins. On the contrary, it is sweet and crunchy and contains the carotenoid lycopene which lowers the risk of cancer; beta-carotene which is converted to vitamin A; and Zeaxanthin, known to prevent macular degeneration and cataracts.

5. Ginger - This herb has been shown to reduce inflammation, cardiovascular conditions, blood clots and cholesterol. In a study, researchers found that animal subjects given ginger extracts had a significant reduction in cholesterol and blood clotting qualities. Moreover, it has been observed to inhibit the behavior of genes connected with inflammation.

6. Turmeric - This spice contains curcumin, which has notable antioxidant properties. It also has antibacterial, anti-inflammatory and stomach soothing benefits. It reduces inflammation by stimulating the adrenal glands to increase the hormone that lessens inflammation. Animal studies on this herb have revealed that turmeric protects the liver from the adverse effects of alcohol and certain toxins. Turmeric also helps in digestive problems by stimulating bile flow.

7. Gingko Biloba - Gingko biloba's leaves contain antioxidant compounds called bilobalides and ginkgolides that protect the body from damage caused by free radicals. Moreover, it has also been found to protect against radiation. In a study using animal subjects, ginkgo was demonstrated to have protected the test subjects against radiation poisoning. The latest research also suggests that extracts of this herb can neutralize oxidizing agents and free radicals caused in the cells due to radiation, thus preventing cell death. In fact, NaturalNews recently reported that ginkgo extracts reduce brain damage by up to 50 percent.

8. Ganoderma - This is a bitter mushroom also known as reishi. It has long been a popular herb in Chinese medicine attributed to assisting in longevity and health. Further studies on this oriental herb reveal that it strengthens immunity and combats cancer. Moreover, it has antioxidant properties and provides relief from urinary tract infections.

9. Astralagus - Also from China, this herb stimulates the immune system and aids in digestion and adrenal gland functions. It is also a diuretic. The effectiveness of this herb is due to polysaccharides, saponins and flavonoids. It has also been taken to combat the common cold and flu. Its digestive health benefits demonstrate the lowering of stomach acidity, resulting to an increase in the body's metabolic rates and the promotion of waste elimination.

10. Cat's claw - This herb from Peru is commonly used for stomach problems. Recently, however, it is becoming known as an exceptional immune response stimulator that helps the body to fight off infections and degenerative diseases. It contains oxindole alkaloids enhancing the immune system's capacity to engulf and destroy pathogens.

From a practical perspective, taking in food which boosts the immune system while enjoying it at the same time can be a cost effective way to maintain health. Coupled with a healthy lifestyle, sufficient rest and a positive outlook in life, staying healthy does not have to cost an arm and a leg.

The information presented here is for educational purposes only and is in no way intended as substitute for medical counseling.